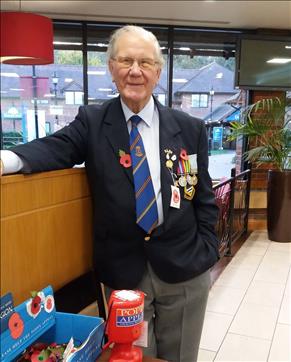 Loving husband to Audrey, father to four children, grandfather and great grandfather. Always with a smile, the kindest most gentle man.

Our dad, Peter William, was born on 17th October 1927 at 49 St James Road, Croydon to Percival and Lilian Doughty.

At the age of 14 Dad joined the training ship Arethusa.

After two years training, dad signed up to the Royal Navy and joined HMS St George, a naval training facility on the Isle of Man.

Dad left HMS St. George in 1945 having received a draught to HMS Belfast as a Signalman. On VE Day, dad celebrated in Edinburgh. Back on board by 6am as the Belfast was sailing to the Far East as part of The British Pacific and East Indies Fleet to continue fighting the war in Japan.

Belfast, a town class light cruiser now permanently moored by London Bridge, arrived in Sydney, Australia, on 7 August 1945. Only a day before, the atom bomb had been dropped on Hiroshima. On 9 August, a second atomic bomb was dropped on Nagasaki. Japan surrendered days later.

However, there was more to be done as the many hundreds of thousands Allied prisoners of war and civilian internees were held in camps across the Pacific. The Belfast was part of the British Naval Task Group with particular responsibility for securing the port of Shanghai and repatriating the PoW’s, internees and others there. The Belfast helped to maintain the fragile peace in the Far East throughout 1946 - 1948. It was while dad was in Shanghai that one of his more salubrious stories was hatched.

Dad remained on HMS Belfast in the Far East until 1948 before returning to England where he was stationed in Scotland. Dad was then posted to HMS Hornet on the torpedo boats at Portsmouth.

Dad returned to the Far East on board HMS Newcastle at the outbreak of the Korean War. The Korean War is largely forgotten but came about as the Soviet/Chinese controlled north invaded the south. The result of three years of war is the divided North/South Korea of today.

A special time was when dad was stationed in Portsmouth – in total he served on board 8 ships but a treasured memory is that he served on HMS Victory, conducting a role that not many had the chance to do. Each week the Navy had a dingy race between various ships that were in harbour. Dad’s role was to drop the Ensign to signal the start of the race.

When dad was stationed on HMS Montclare in Scotland he played rugby for the Navy, a sport he loved and he has kept many of his team sheets. Dad had also applied to be crew on the Royal Yacht Britannia and was fortunate to have been accepted. However, a serious accident when he slipped and fell from a mast put paid to that. This saw him in plaster from the chest to his hips for six months. His rugby playing was over, as was his stint on Britannia.

At the end of the Korean war, dad put in a request to be posted to Singapore where he knew mum could join him. So in 1954 he was posted to the land base HMS Terror and they lived nearby in Johore Bahru. 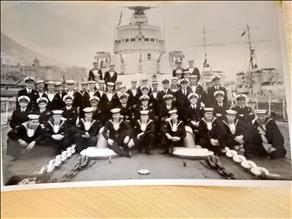 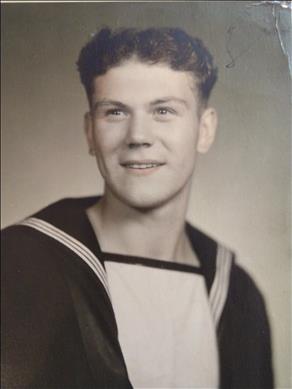 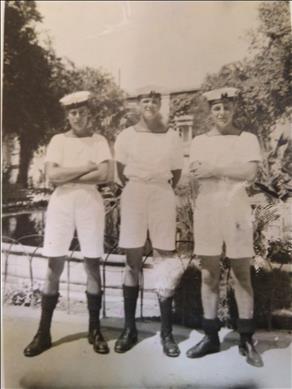