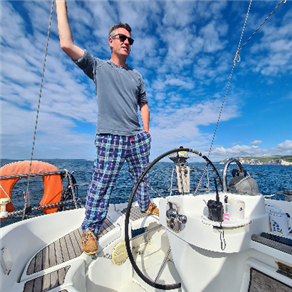 Mark had a unique sense of humour and loved being on the water. His generosity and thoughtfulness were infused in everything that he did.

As a young boy Mark grew up in Taunton, he attended Taunton School and was very proud of where he was from, one of his favourite movie’s Hot Fuzz was filmed in Taunton!

Mark lived in Spain from the ages of 9-16 and as a result was bilingual, he even ended up teaching English at his Spanish school. Mark loved speaking in Spanish at any opportunity he got, it was amazing to see him to switch between the two.

Upon Mark’s return to the UK, he joined The Royal Navy and following his training at HMS Raleigh, where he was the Lead Guard of their Passing-Out-Parade, Mark served 5 years as a Communications Submariner. Mark felt extremely honoured to have served in The Royal Navy, and the fond memories of his Navy days never left him.

When Mark left the Navy it was important to him to obtain an education, he attended Oxford Brookes University (which he self-funded) and obtained a degree in Spanish and Sports Science.

From an early age Mark always had a passion for construction, after university an opportunity arose for him to work with a local construction firm and his experience and passion grew from strength to strength. It was clear to see how much Mark cared for both his projects and clients, and how much pride he took in his job.

Mark was a keen sportsman, who loved rugby, golf and cricket. He was an avid rugby player in his early years and only stopped due to a sports injury, but the love of rugby continued by supporting Bath Rugby, Bristol Bears and the Army vs Navy games. Mark also enjoyed playing a round a golf or contently watching a game of cricket at every available opportunity.

Mark loved the outdoors and being on the water, and wanted everyone to enjoy the experience. He was the happiest and most content bobbing along.

Mark was a natural entertainer, he loved sharing his life stories of living in Spain and his Navy escapades, telling dad jokes, which he always found funnier the more he told them!

Mark's generosity and thoughtfulness were infused in everything that he did, and he was a great supporter of many charities. He would gladly help anyone, often changing his plans to lend a hand, he was the DIY go to for many of his friends.

Mark is leaving behind a legacy of kindness, generosity and fun. He will be missed beyond measure. 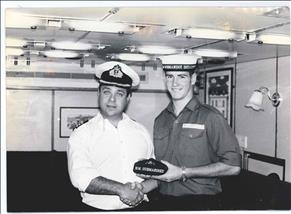 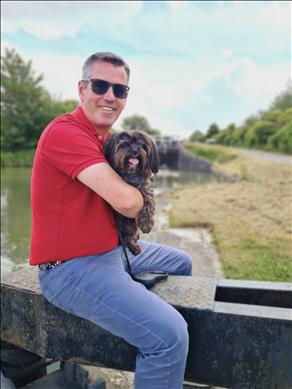 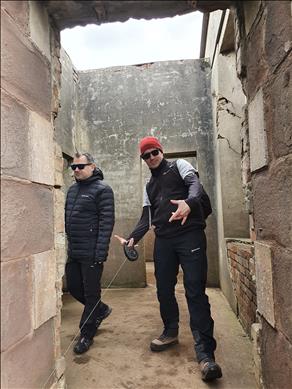 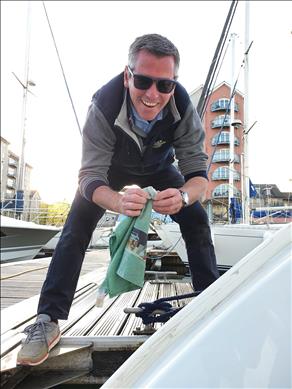