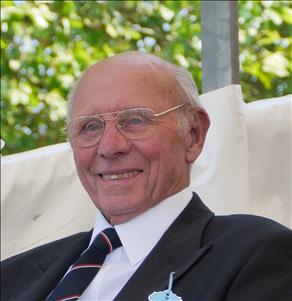 Gerald - Gerry to his friends - was a kind and loving man, a true gentleman, who sadly passed away on 3rd April 2022 after a short illness.

Gerry was born in March 1926 in Derbyshire in view of the famous crooked spire of the Church of St Mary and All Saints, Chesterfield. During the Second World War, he served in the Royal Navy as a Wireless Telegraphy Operator. After the war, he returned to Derbyshire, where he worked in Local Government. In the 1950s, he moved to Henley-on-Thames, Oxfordshire, with his wife and two children and worked in Local Government until he retired. During retirement and after the death of his wife, he travelled extensively with his partner Barbara. Together, they took many memorable trips and cruises. He was also actively involved in the now-disbanded Harpsden Branch of the Royal British Legion fundraising efforts. He will be greatly missed by all who knew him. 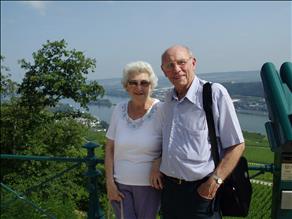