Kind to a fault always putting the needs of others ahead of her own. An upstanding member of the community, known throughout the local area.

Dot was born on 18th February 1949 to James (Jimmy) and Lily Grenfell in Penzance, Cornwall.

The name Lily was added to Dot’s name when Jimmy went to register her birth, as a tribute to her mother. Throughout her life, Dot remained proud of her Cornish roots. Her early life was spent at St. Buryan School which is between Penzance and Land’s End. She then attended Cape Cornwall High School in St. Just.

Dot was the middle child, being the sister of Aileen and Arthur. Early family times were fun, as Dot and Arthur would playfully tease Aileen, something that always happened. Even on the last visit home, with moving Aileen’s teddies and ornaments around.

After Dot left school, she went to Camborne Tech to study Cooking and Catering. She moved up to Exeter University as a cook and joined the NAAFI within the Army, to where she met Len and got married. However, Len died aged 55 in 1997.

Dot has been described as a woman with quiet determination who coped well with life’s up and downs. She had a social character and would often speak to local people. She was known to most people as a dinner lady at Lache Junior school where she saw many generations of children in her 24 years’ service, until she retired. Dot was an active member of the local community, aiding the establishment & operation of a community clothing and furniture project called the 'Lache Discount Centre', named by her son David.

She was known to be kind to a fault and would put anyone else’s needs above her own. And she could ‘talk the hind legs off a donkey,’ with anyone.

She enjoyed a few of the TV soaps and particularly liked Coronation Street and Emmerdale. She also liked to watch The X Factor and Britain’s Got Talent. She liked to tune into Dee Radio on a Sunday, mostly for the Sunday Survey Brain Teaser. Dot loved animals & children and would not see any suffer.

After Gill, her best friend, died in 2016, Dot became the unofficial mother of Michael, Nikki, and Karen and all their families, and became the to go woman for any child.

David and Pauline recalled the time they took his mum to Tenerife for her 70th birthday and how the apartment had glass walls within the bathroom and a curtain that could be drawn, as they normally kept the curtains open. Dot got a little confused and tried to walk into the bedroom via the bathroom and walked straight into the glass wall.

When asked what he would miss most about his mum, David replied ‘everything.’ Her warmth, kindness and especially hearing her voice, with the slight Cornish twang. 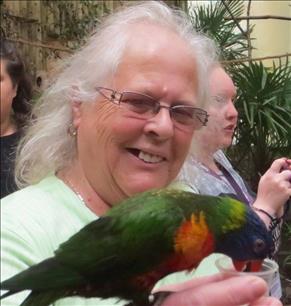