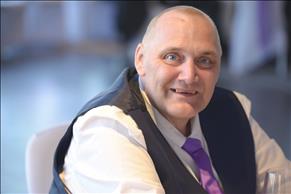 A devoted son, brother, husband, dad and grandad. Andy had an infectious laugh and the biggest smile.

Born in Croydon in 1964. Andy joined the Merchant Navy at just 16 years old as an ordinary seaman and later promoted to able seaman.

Andy’s favourite weekend was Remembrance weekend. Andy loved the displays, parades, TV programmes and always wore his poppy with great pride. Andy would be delighted that a tribute page has been set up in his honour.

Also known as the gentle giant, Andy had an infectious laugh and the biggest smile. Andy didn’t just come into your life, Andy made a lasting impact on peoples lives.

Andy will be missed by so many people.